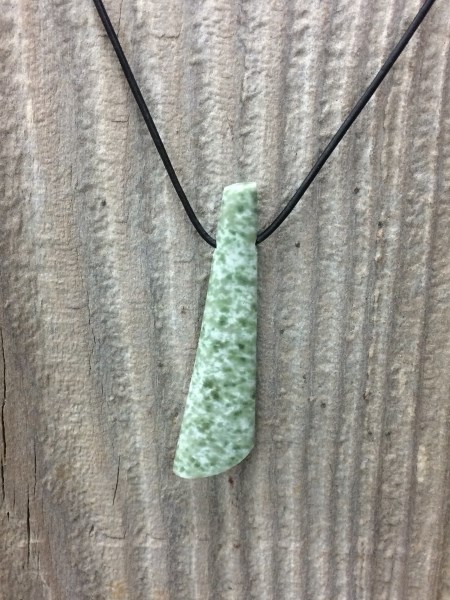 This pendant is variety of grossular garnet harvested in western Washington state. It is also known as Transvaal Jade or Garnet Jade. This piece was cut from a larger piece, ground to shape with numerous grits and polished in my shop. It is an original piece.

Grossular garnet is the calcium-aluminum species of the garnet group. Grossular garnet from Washington generally forms with a white/clear massive garnet base with green garnet crystals distributed throughout. This beautiful stone has gained increasing popularity recently due to its remarkable visual similarity to Burmese (Myanmar) jadeite. Unlike jadeite, however, grossular garnet is actually harder with a mohs hardness rating of 7 - 7.5.