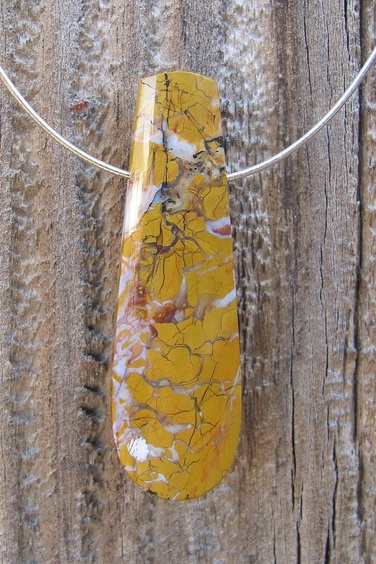 ​Stone Canyon Jasper is a brecciated Jasper-Agate mined near the small town of Parkfield, Ca. known for its proximity to the San Andreas Fault and for the extensive seismic testing done there.

The stone is called “brecciated” as it is a rock composed of broken fragments of preexisting minerals that were pulverized by tectonic activity and then later cemented back together via a finer grain matrix. This jasper is somewhat scarce since most of it sources are on privately held lands. This particular pendant is from a larger “old stock” piece and is quite unique due to the red and black agate within the mix.

THIS PIECE HAS SOLD