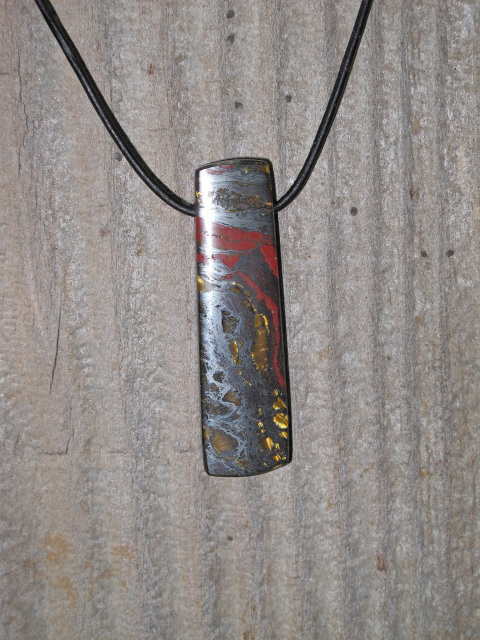 This ~2.7 billion year old Stromatolite was reported collected in Western Australia. Commonly referred to as Tiger Iron it is a banded structure of Tigers Eye, Red Jasper, and Hematite. One theory is tiger iron is a typical stromatolite that has undergone mineral replacement with iron oxide. The other is the microbes formed the banded iron directly while the stromatolite was being formed. Either ways it's gorgeous to look at and even more impressive when you consider it's evidence of life on earth several billion years ago.

Stromatolites are the layered trace fossils of microbial life, primarily cyanobacteria. Some of them date back an astounding 3.4 billion years, making them the oldest record of life on planet Earth. Stromatolites and Microbialites were typically formed in shallow water by the growth of layer upon layer of cyanobacteria, a single-celled, photosynthesizing microbe. These layers often form very beautiful, and colorful banded structures in the rock.

These oxygen producing cyanobacteria, while so simple they even lacked DNA were responsible for possibly the largest changes the earth has undergone as they were the only major source of atmospheric oxygen critical for the development of more complex life.